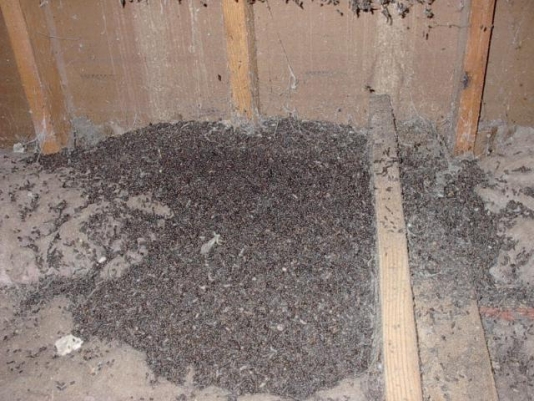 So the animal has been removed from your Bloomington home, but now what? Wildlife critters like bats inside your attic, squirrels in the walls, raccoons in the basement, or mice crawling along your baseboards leave a lot of droppings in their wake. You'll want to address the droppings sooner rather than later to avoid potential unpleasant odors and possible insect presence.

Our technicians can safely remove these droppings and get your home back to a healthy state. If you're noticing feces and don't yet know which wildlife critter you're facing, learn more below.

You’ve just discovered a cache of animal droppings in your home, perhaps where the animal we just removed was living. Perhaps you’ve discovered the droppings elsewhere, like your wall, or along the floorboards. Maybe you aren’t sure which animal visitor you have yet. Where you’ve found the droppings can help you figure out what type of animal is responsible. Use the handy guide below to determine which common wildlife critter you’re facing.

Bats—Have you found small, roughly rice-sized dark feces in your attic insulation? This is almost certainly bat guano. It is similar in size and shape to mouse poop, but is slightly shorter and wider. Bat feces is referred to more commonly as guano, and is in fact a prized fertilizer in many areas because it is rich in nitrogen. Though it can be beneficial to the growth of greenery, it is highly dangerous if the spores are inhaled. It can cause histoplasmosis, which can be fatal—especially for individuals with compromised immune systems.

Rodents—Mouse and rat poop is often common along floorboards. These small rodents use the sides of walls as major transportation from places like behind appliances to bigger areas like your attic.

Cleaning Up After Dropping Removal

Removing droppings is one thing, but what about the stains and odors that linger? We can help with that, too. Contact our technicians for full-service animal dropping removal and cleanup today at 812.260.1239. 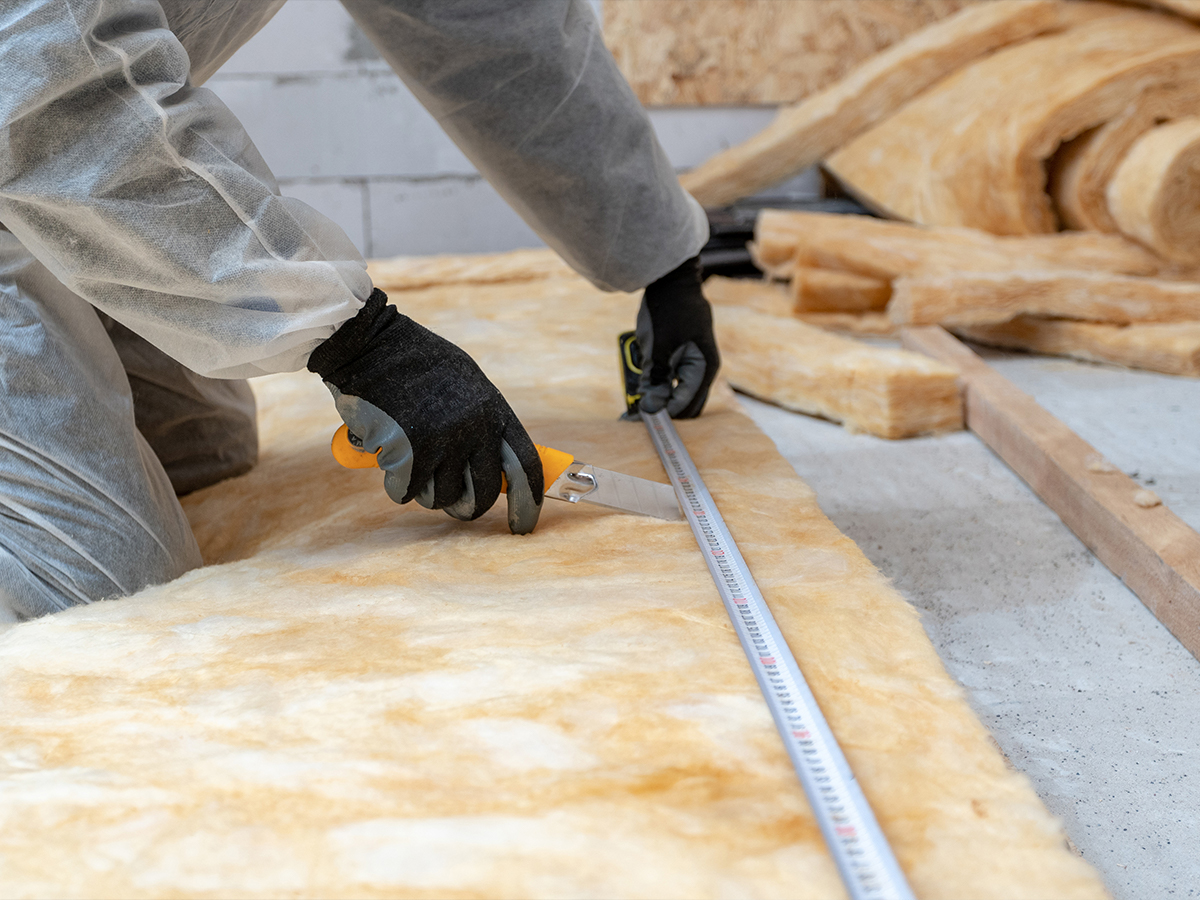 professionals will work to get rid of ineffective insulation and replace it with brand new insulation. The attic restoration process involves specialized equipment that homeowners likely do not have access to or know-how to implement.

Our attic restoration technicians can likely work with many major insurance companies to restore your attic quickly and effectively! A well-insulated attic will be an investment, with notable energy savings as time goes on—be sure to ask if there are any available energy tax credits.

Why Insulate Your Attic?

In addition to making your house more energy-efficient, an attic is actually one of the simplest areas in a home to insulate, especially if an entire restoration isn't in the works. If you are just looking to “cap” your existing attic insulation, the process will be quite easy. Call Critter Control of Bloomington today for more information on attic restoration! 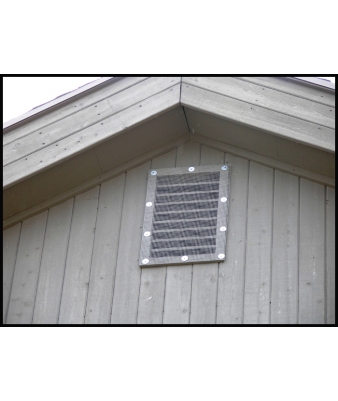 From attic fan vent guards, roof vent guards, gable vent closures, and soffit vent repairs, our Bloomington team can do it all with one single call to Critter Control of Bloomington. Call today for home repair estimates and professional assistance!

Soffits: The soffit is the area of your roof that overhangs. Animals like squirrels love to get into the soffits and cause issues.

Gable Vents: Gable vents are typically installed on the outside wall of your attic and work to help with the circulation of air in the attic. Unfortunately, compromised gables can invite wildlife entry. Installing a secure gable vent can help protect your attic from animal entry.

Louver Vents: Louver vents also help with the circulation of air—while ideally keeping out debris like dirt and water. Louver vents that are damaged or otherwise improperly functioning can encourage wildlife visitors.

Typically, you will discover a dead animal in your Bloomington home through odor—dead animals aren't always visible but you can most certainly smell them. Wildlife critters often crawl into (or fall into) chimneys and walls, and many stay there forever. Read more below to learn why it's important to remove dead animals from your home as soon as possible to protect your family and pets.

What Happens After You Remove the Carcass?

Because dead animals leave behind a disgusting and overwhelming smell in your home, and the body can lead to health hazards, insect infestations, stains, and lingering odors, it's vital that you remove them ASAP and clean up after them. Luckily, we can help with both removal and cleanup. After removing the animal(s), our team has special deodorizers and air purifiers to neutralize the horrific smell. Call Critter Control of Bloomington today for more information on removing dead animals from your home and solving all your animal problems! 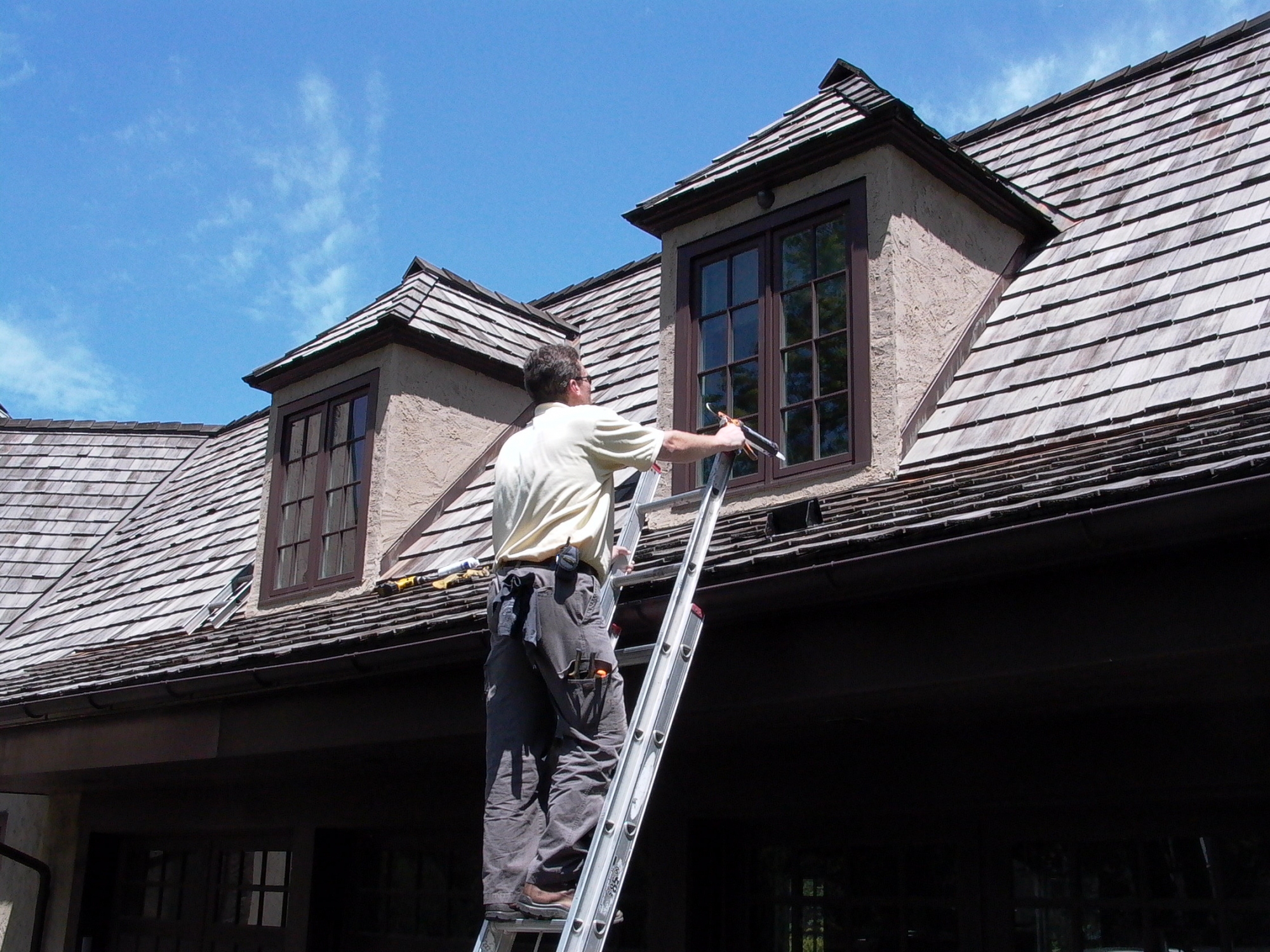 practices to prevent pests must include the sealing of all cracks and crevices that are accessed from outside with the appropriate sealing materials. We will carefully and thoroughly inspect your home for potential wildlife and insect entry points and then work diligently to make sure they are sealed. Sealing your home thoroughly can prevent future infestations and save you a big headache. Call Critter Control of Bloomington today for more information on preventing wildlife pest entry and damage!

There are myriad reasons to keep your home caulked and appropriately sealed from the outside.

Another one of these important reasons to maintain the caulking and sealing in your home is to keep wildlife out. Small animals like mice and other rodents often gain entry through window cracks.

Critter Control of Bloomington offers a wide array of prevention methods and services to ensure your home is protected from all possible angles. After removing the problematic wildlife, whether alive or dead, our technicians will work to repair damage and install effective prevention methods. 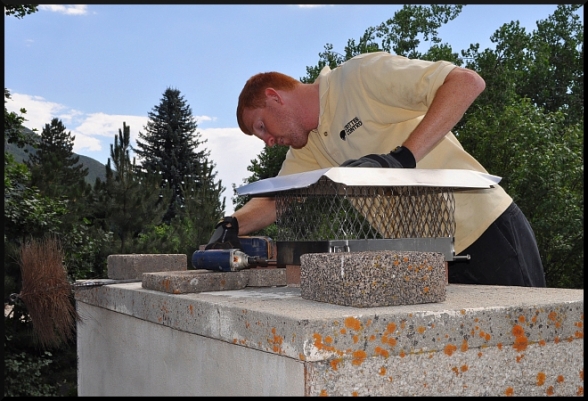 Your roof is a common entry path for wildlife hoping to gain entry to your cozy Bloomington attic. If your roof has been plagued by raccoons, there's a high likelihood that your ring-tailed intruder has accidentally—or intentionally—gotten into your chimney, which is a big problem. Wildlife sometimes crawls into chimneys and never gets out, and sometimes there are babies also in the equation.

If you have a chimney, you need to protect it from wildlife. Like other home prevention like caulking, chimney capping is dual-purpose. It works to keep all outdoor elements, like water, out and also acts as wildlife prevention.

Our team can install, repair, and replace a chimney cap and other related accessories. Protecting your chimney from the elements and wildlife should be a no-brainer—call Critter Control of Bloomington today for more information on solving all your animal problems!

Chimneys are exposed to the worst extremes of the elements, and degradation of the flashing, bricks, mortar joints, and concrete caps are fairly common. Call Critter Control of Bloomington today for an estimate on chimney repairs!

Aspects of your home such as bricks and mortar joints can naturally degrade with time, due to exposure to the elements. Unfortunately, these compromised home areas invite animal entry. Maintaining said elements can both extend the life of your home and keep animals out.

Rooms in your home that have been 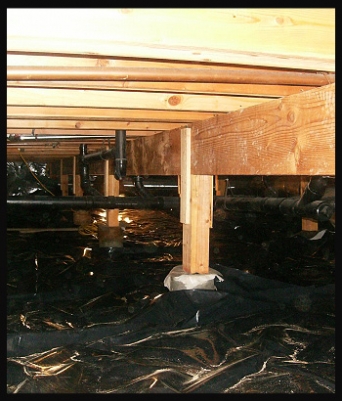 compromised by wildlife feces and urine are at risk of serious damage. Once your animal is gone, there's still repair to consider, and sometimes it can be overwhelming. Wildlife whose final resting place is in your crawlspace present a hazard all their own, but their presence can also cause damage to your pipes or insulation.

Insulation and pipe damage can both lead to inefficient energy consumption, causing a big impact on your wallet. Water leaks can also be costly and problematic for your crawlspace. Call Critter Control of Bloomington today for information on solving your crawlspace wildlife problems and damage!

Something that the entire Critter Control franchise takes great pride in is our dedication to make sure your home is protected from future invasions. Our technicians are skilled at inspecting your home inside and out to make sure entry points are sealed.

A common entry point of burrowing critters like mice, voles, chipmunks, squirrels, and more, your home's foundation is integral to the structure of your home. That's right—animals can actually impact the integrity of your home. Smaller animals like bats are able to fit in foundation vents if they're not properly sealed or installed.

Inspections and Consultations in Bloomington

Critter Control is a full-service company. When we come to your home, we’ll inspect your property inside and out, and from top to bottom, using our copyrighted AEW (Animal Entry Worksheet) so we can identify all potential problem areas and offer you safe and cost-effective solutions. Call Critter Control today for more information on solving your animal-related problems and damage!